The caring and experienced professionals at Mark A. Schneider-Gompf Funeral Home are here to support you through this difficult time. We offer a range of personalized services to suit your family’s wishes and requirements. You can count on us to help you plan a personal, lasting tribute to your loved one. And we’ll carefully guide you through the many decisions that must be made during this challenging time.

WHAT SETS US APART

Through the years, when death visited a family, the house was often identified by a badge of flowers or light in the window.

This act let their neighbors and the community know that there had been a loss within the family. At the Mark A. Schneider-Gompf Funeral Home we maintain this tradition by turning our porch light on while we are caring for a member of our community. This lets us know that a life has ended, and that a period of mourning has begun for the family. This reminder stays lit until that person has been put to rest.

Every life has meaning. To us, recognizing the conclusion of that life is important. 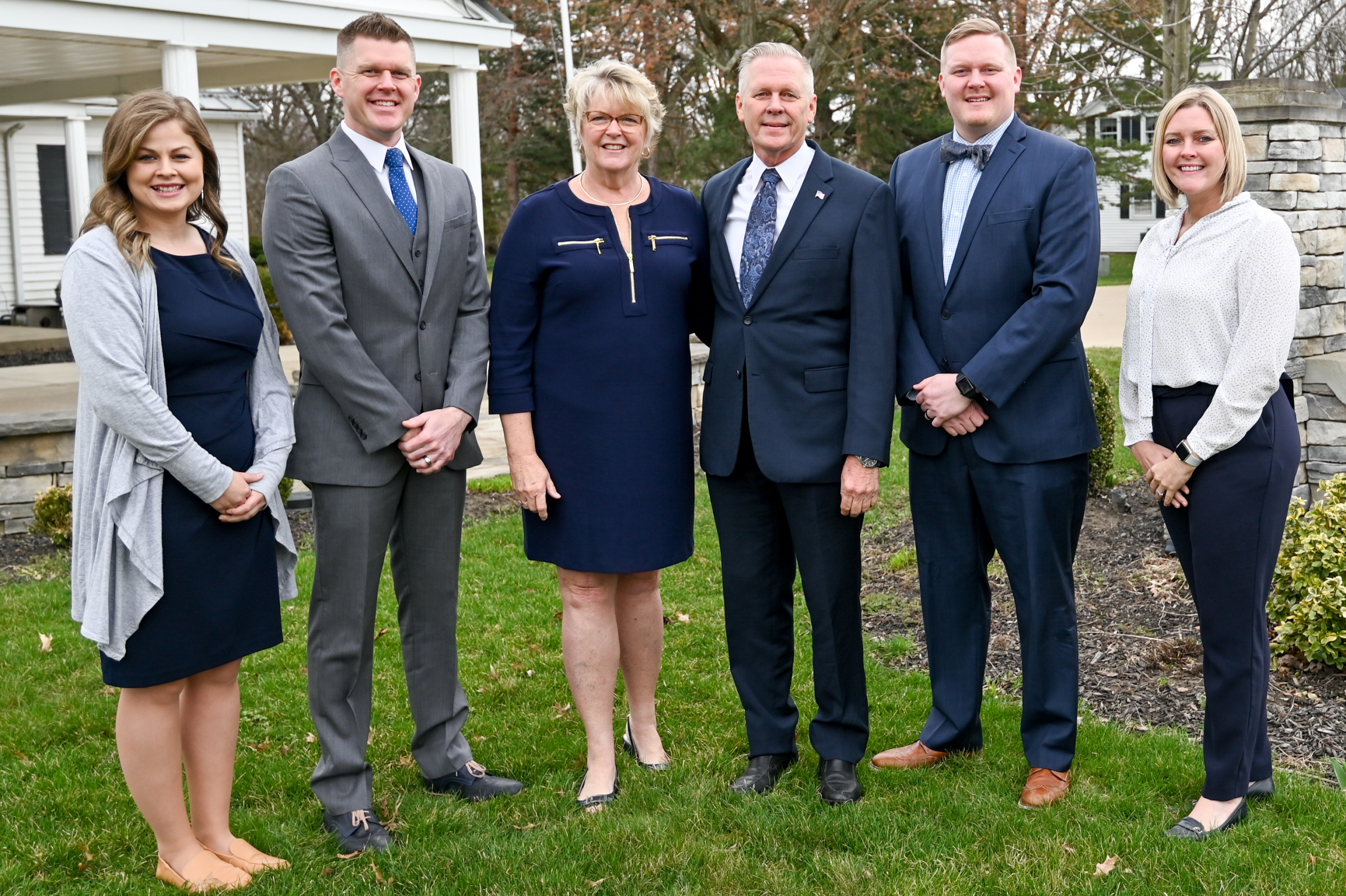 Many long time residents of Galion may recall the names of the first funeral establishments to serve the community...

...The Herbold Company, Poister & Boehm Furniture and Undertaking, Boehm & Sons, L. G. Snyder & Company Furniture and Undertaking, Byrd J. Whittridge Funeral Home and even one firm simply known in it's day as The Funeral Home. By undertaking the responsibilities, wishes and requirements needed to arrange a funeral, these grand firms led the way to today's modern funeral service. Their commitment to serving with compassion lives on today in Galion's Mark A. Schneider Funeral Home.

In 1962, Earl M. Kubach opened his funeral home in Galion at 303 Portland Way North. It was the first modern funeral home to be built in Galion since 1909. The firm quickly grew and within a few years, Earl entered a partnership with Jim Sulser, owner of the Snyder Funeral Home at 128 South Market Street. The new firm was known as Snyder & Kubach Funeral Home. For several years, Snyder & Kubach operated from two locations in Galion until the home on South Market Street was closed. That historic home is still a viable part of Galion, in use today as professional offices.

In the years to follow, Earl Kubach continued his commitment and his investment in Galion by adding improvements to his funeral home. Through the years more parking, a second spacious room for visitation and funeral services, and a separate family seating area were added to the property. Following the death of Orie D. Garverick, Earl acquired the Garverick Funeral Home in Crestline in 1973. For the next four years, Snyder& Kubach Funeral Home would again operate from two locations.

Mark A. Schneider, having just received his funeral director and embalmer licenses, came to Snyder & Kubach in the fall of 1975. Mark was the manager of the Crestline location, but served families in both Galion and Crestline. Earl saw an opportunity to help a young man get into business for himself, and so sold the Crestline firm to Mark in 1977. The firm in Crestline was now called Mark A. Schneider Funeral Home.

In 1984, wishing to retire, Earl once again called on his former manager and friend Mark A. Schneider. Mark bought the business changed the name to Mark A. Schneider Funeral Home, Galion, and reunited the custom of a single funeral home serving multiple communities.

Over these many years, "undertaking" has grown and developed. In its early days, a caring individual would undertake the burdens and responsibilities of a grieving family, acting in their behalf and at their behest to arrange services and a funeral. Today, professionally licensed funeral directors and clinically trained and licensed embalmers provide to grieving families the services and facilities they require to honor a life which has ended. What has never changed, though, is the sincere desire of caring individuals to ease the burden of those in grief.

Every life has meaning and value. The Mark A. Schneider Funeral Home is committed to providing aid and direction to those close to someone whose life has come to its earthly end.

We are very proud of the past and look forward to the future. Our goal today is the same as in the grand days of young Galion: quality, compassion and sincere service to our fellow man.

Funeral service in Crestline has a long and proud tradition. From the early part of the 20th century when, at its heyday, there were five funeral homes in Crestline, to the funeral directors most remembered: Orie D. Garverick and Robert F. Beck. They served the city of Crestline for over 40 years. Orie Garverick was a funeral director from 1936 until his death in 1973. Bob Beck had a career that spanned from 1940, when he opened his funeral home, until 1980 when he retired.

Upon the death of Orie Garverick, Earl M. Kubach, of the Snyder & Kubach Funeral Home in Galion, assumed ownership of the Garverick Funeral Home. Seeing the need for a modern, spacious facility to serve the needs of Crestline, Earl built the current facility at 223 West Main Street. Construction began in 1974, and at its opening in June of 1975, it was the first new building to be built under the federal Urban Renewal Project of the 1970's.

In October of that year, Mark A. Schneider moved to Crestline, having just completed his requirements for his funeral director and embalmer licenses. He started as manager of the Crestline location of Snyder & Kubach Funeral Homes. He held that position until September of 1977, when Earl Kubach made it possible for a young man to get into business for himself, and sold the Crestline location to Mark Schneider.

In 1980, seeking to retire and enjoy life with his wife and co-worker Ida, Bob Beck sold his funeral home to Mark A. Schneider, entrusting to him the care and concern he had provided to Crestline area families for 40 years.

That care and concern for the needs of families during the most difficult of times in their lives, continues today, as it has throughout the past century.

If you need our services immediately, please call us.
We will begin the process of bringing your loved one into our care right away.